The project is formed of the following members with the Consorci Forestal de Catalunya as coordinator: 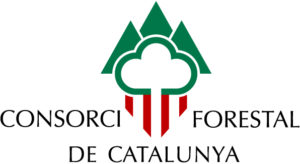 The Consorci Forestal de Catalunya (CFC – Forestry Consortium of Catalonia) is an association of forest owners whose objectives include the promotion and dissemination of sustainable forest management as well as technical support for forest owners and foresters. Thanks to over 70 years of experience it is able to work across various fields, including the promotion of biodiversity in the forests of Catalonia. Notable activities and functions related to the project include: collaboration with the CPF and the CTFC in drafting the ORGEST models used in the project; organisation of biodiversity conferences within the framework of the Forestry Technical Conferences organised every year by the CFC; membership of the Consell de Protecció de la Natura (Council for the Protection of Nature of Catalonia); membership of the Advisory Committee of different protected areas (Montnegre-Corredor Park and Montseny Natural Park), through which it plays an active role in the development of respective special plans; direct participation in the Governing Council and the Technical Committee of the CPF, a public body responsible for the revision and approval of Forest Management Instruments; and membership of the Les Gavarres Consortium (the management body of the Les Gavarres natural area). The CFC has also actively participated in the Natural Heritage and Biodiversity Strategy of Catalonia.

The mission of the Consorci Centre de Ciència i Tecnologia Forestal de Catalunya (CTFC – Forest Sciences and Technology Centre of Catalonia) is to contribute to the modernisation and competitiveness of the forestry sector, rural development and the sustainable management of the natural environment, through research, training and the transfer of technology and knowledge to society. In this context, the activity carried out at the CTFC is aimed at solving problems related to the management of ecosystems and the interaction between natural resources and society, for the purpose of enhancing the economy and well-being of people and the sustainability of the natural environment in the context of current global change. This orientation means that the results of the activity are channelled back to society. The content of its activity is based around three working programmes (agroforestry ecosystem operation, multifunctional management of the natural environment, and rural environment socioeconomics and governance), within which the different lines of research that are developed at the institution are framed. 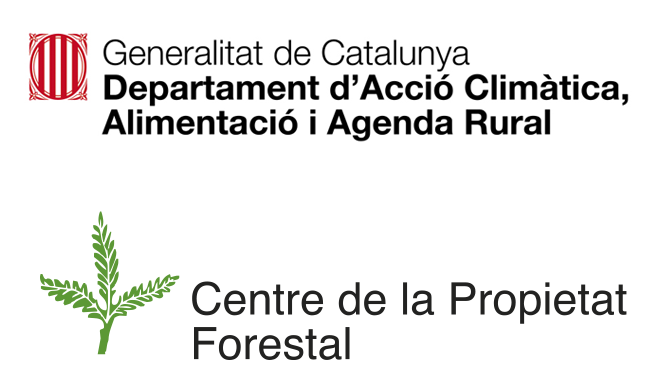 The Centre de la Propietat Forestal (CPF – Forest Ownership Centre) is a public body with its own autonomy that consolidates all government jurisdiction of private forests managed in Catalonia. It was created with the aim of unifying and rationalising administrative action for the planning and control of interventions on private forest land, with the ultimate aim of fostering sustainable forest management. Its competency ranges from regulating, managing and providing support to privately owned farms in Catalonia to participating in the development of forest planning and the dissemination of sustainable forestry practices. Since 2004 the CPF has had an Innovation and Technology Transfer Plan (PITT) in place, which aims to transfer the results of forestry research to foresters and managers so that they can integrate them into their usual practices. The plan includes the management and financing of projects, and, above all, the organisation and realisation of transfer activities: technical conferences, training courses and technical and outreach publications. The PITT includes basic measures and those related to dissemination, including the study and transfer of ORGEST multifunctional models, which combine the improvement of forest exploitation and the prevention of forest fires, while improving water availability, carbon fixation and biodiversity. These management models were developed together with the CTFC for the main forest types of Catalonia.

The main objective of the Centre de Recerca Ecològica i Applicacions Forestals (CREAF – Ecological and Forestry Applications Research Centre) is to generate knowledge and create new methodological tools in the field of terrestrial ecology, with special emphasis on forest ecology, in order to improve environmental planning and management in rural and urban areas. This is accomplished through: A) Innovative first-rate primary research, as CREAF is a national and international centre of excellence. B) Applied research, especially in the field of forestry. This research contributes to the sustainable management and conservation of forest resources and ecosystems. C) Development of methodological and conceptual tools. These tools are designed to facilitate decision-making and improve environmental management. D) The transfer and dissemination of knowledge. CREAF transfers scientific and technological knowledge through training courses, consultancy work and various types of publications.

CREAF’s activities include research on biodiversity, dynamics and functions aimed at: increasing overall knowledge of the mechanisms that generate and maintain biodiversity and the working mechanisms of terrestrial ecosystems, in particular forests; analysing the territorial patterns that characterise biodiversity and its structure; and studying the factors that pose a threat to it.

In France, the Centre National de la Propriété Forestière (CNPF – National Centre for Forest Owners) provides services to forest owners. It is estimated that there are approximately 15 million hectares of forest in France and approximately 75% of this area is private land. The CNPF provides services to forest owners and also boasts a technical institute where important forestry research is carried out. The CNPF is distributed throughout France with 11 regional centres known as CRPF. For the development of this project, it boasts the Institut pour le Développement Forestier (IDF – Institute for Forest Development). Said institute is working on lines of research to contribute to knowledge on sustainable forest management in the context of global climate change. In addition, it addresses biodiversity, autecology, water balance, sustainable forest management through the study of new silvicultural techniques, the contribution of forests to carbon sequestration, and more. In particular, a biodiversity indicator (Index of Biodiversity Potential, IBP) has been developed and used in France and neighbouring countries (Belgium, Switzerland and Germany) to assess biodiversity in private forests.

The Xarxa per a la Conservació de la Natura (XCN – Nature Conservation Network) is an umbrella organisation created as an NGO in 2003 that was declared of public interest (27665) in 2006. Its 160 members (July 2017) consist of foundations, associations, town councils, consortiums, research centres and universities dedicated to the conservation of biodiversity, natural heritage and landscape.

The XCN promotes land stewardship as a mechanism for the conservation and restoration of natural heritage and landscape, as part of its overall strategy for the conservation of nature. It works across different lines: training and reinforcement of custodial entities, research and pilot projects, development of legal and financial mechanisms to ensure long-term conservation commitments, collaboration with public and private actors, general and specific training, promotion of citizen participation and communication and dissemination.

The XCN works mainly in Catalonia and the western Mediterranean. Since its creation, it has made important achievements: the incorporation of the concept of land custody into the Spanish Law on Natural Heritage and Biodiversity and the regulation of custody contracts in the Civil Code of Catalonia (a first in Europe).